Studio project for a sports center and restaurant 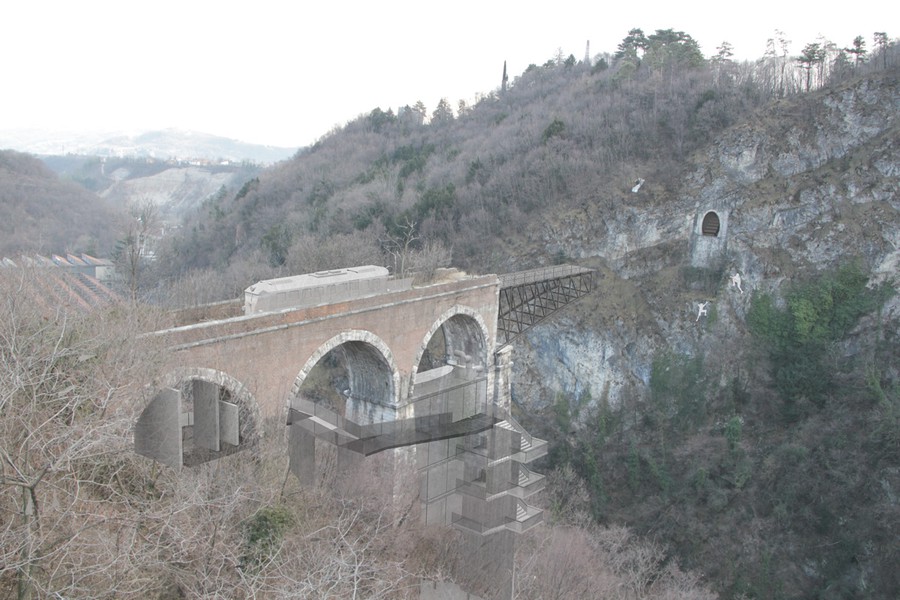 Not used for 50 years and partially dismissed in 1968, the railway bridge crossing the Astico river (Vicenza’s area, north-east of Italy) is now a phantom infrastructure. The bridge starts from the east side of the valley and is truncated after three masonry arcades, because of the removal of the steel truss that used to connect it to the other side of the valley. Replaced by a new car bridge in the 70s, the sawn-off bridge is still a strong landmark that could be used to improve the touristic attractiveness of this area. The Astico valley is in fact an ideal place to practice water sports as well as hiking and cycling. The challenge of this project is the use of the bridge in a different way than its original function while recalling its past and preserving its iconic image of abandoned infra- structure.

An old train car recently dismissed from a railway in Sardinia that was also the last train model riding on this bridge was readapted as an information center welcoming the visitor. The passenger car reminds the old railway while symbolizing the possibility of recycling an old object into another function. The whole valley section was set up as a climbing practice wall with different difficulty degrees. The most trained climbers could reach the old railway tunnel, reused as a panoramic rest area. On the right side of the valley, a panoramic path leads to the valley bottom with equipped beaches and a natural swimming pool.

The architectural project fits in with the bridge as a parasite element, breaking the strict regularity of the historical artefact. The first arcade hosts some practice walls for children rock climbing, while the second one is crossed by the flying footbridge going to the 200 m2 bar-restaurant area located under the third arcade. The envelope of the restaurant is composed by the masonry pillars of the bridge on the South and North sides and by a new curtain wall on the East and West sides, designed so as to minimize the heat gains in summer. 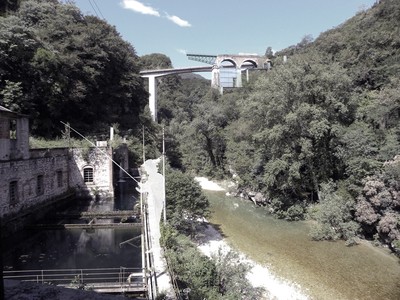 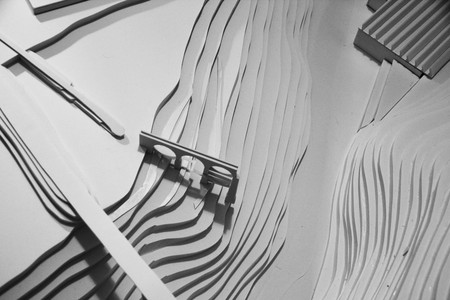 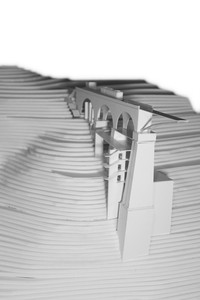 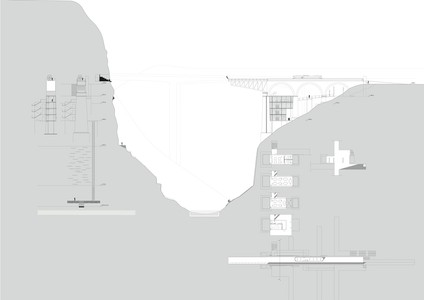 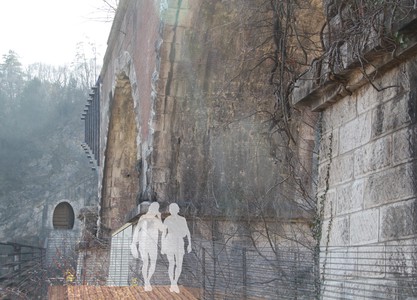